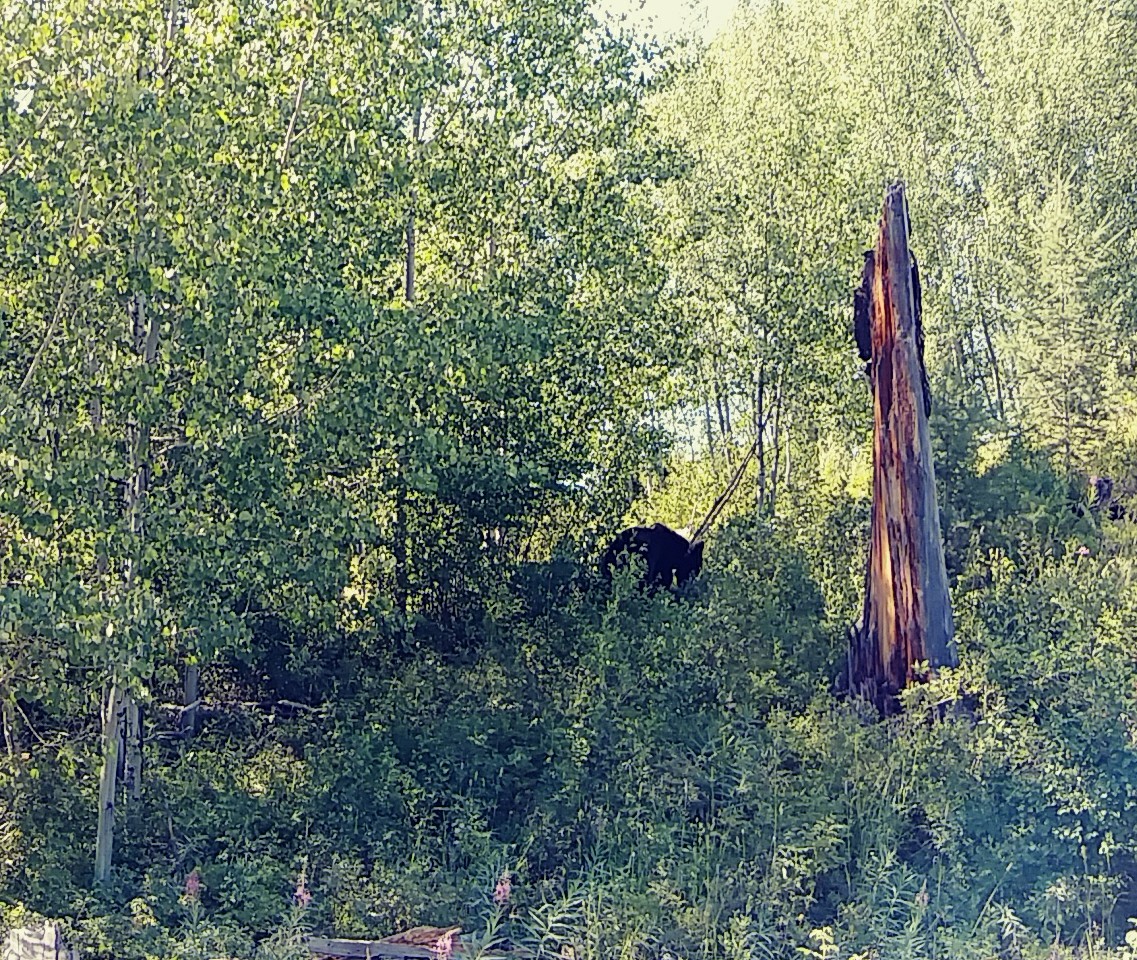 I walked 62353 steps on the trail today.
I traveled about 23 miles today.
Brown's Pass, today's starting point, is on the Continental Divide so it's all downhill to the Pacific now.Â  And our day started out extremely downhill - a very steep descent to Bowman Lake. On the way down, we saw a moose grazing about 50 yards from the trail, oblivious to us due to wind direction and noise from the waterfalls.Â  We stopped for lunch at the Bowman Lake campsite which I would vote in as the prettiest site in Glacier.Â  About a half hour after lunch, as we were getting water cartoon a small stream, a young lady climbed up the short distance from the Lake shore.Â  She and her two companions were having difficulty paddling their canoe West against the very strong wind that we were thankful for forkeeping the bugs away.Â  She asked us to let the rangers at the west end of the lake know of their predicament.Â  We got to the campground and told the camp host since no rangers were around. From Bowman Lake to Polebridge is a 6 mile dusty, busy roadwalk.Â  We had fortunately gotten water from the camp host.Â  The only interesting thing about the road was that we finally saw a bear!Â  A pickup passed us and w then saw it stopped in the road after coming around a bend.Â  They were easygoing the bear so we did too.Â  It was only 20 yards from the road casually eating trees.Â  So we walked on the other side of the pickup as they slowly drove by as a barrier for us, just in case. We finally reached Polebridge, ate outside at the saloon (which was pretty good), then hiked out of town since the publicized "Merc" store didn't really have any backpacking food that we could find.Â  This first bit of civilization was enhanced by our chance meeting of an older fellow and a couple at the saloon and chasing with them for quite awhile.Â  We also saw our canoeing friend in front of the Merc - it turns out they persevered against the wind and made it on their own. We also met another PNT hiker named Alexander in Polebridge.Â  He's staying here
Posted: 19:25 07-19-2017 1344
Prev: Day 3: Canada Almost
Next: Done Hiking Today