4 Reasons Women Should Not Be Afraid to Hike Solo Post
When I thru-hiked the Ice Age Trail across Wisconsin, I met Melanie hiking the trail in the opposite direction. At the time, her trail name was Valderi but it has since become Snowshoe. I'm very envious of Snowshoe because she has made a career of writing about her travels - can't beat that!
Anyway, since I'm no expert on the subject, I've asked Snowshoe to share her views on women solo hiking. Here's her thoughts... 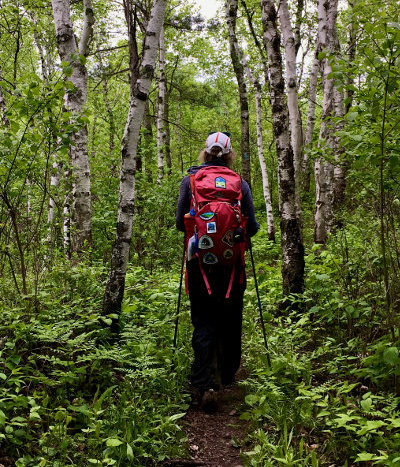 One of the most common questions asked of veteran female hikers is this: Aren't you afraid to be alone on the trail? Most of the time, the real question behind this question revolves around the fear of being attacked, molested or killed by a male - not having an accident or being harmed by another woman.

My answer, and that of other experienced female hikers, is a resounding No! Sure, there are risks to heading into the outdoors alone - risks that apply to both men and women. And yes, you need to take some precautions. A few of the main ones: Always let someone know where you are going. Carry a medical kit and a phone with charger. (A GPS device that can communicate by satellite is also a wise option.) Have adequate food and water, know the weather forecast and dress appropriately.

But commonsense precautions aside, here are four reasons why solo hiking is safer than you may believe.

1. Few People Are Attacked or Killed While Hiking

Yes, every once in a while some crazy person kills a hiker and it's splashed all over the news. But that's a very rare occurrence compared to the risks we encounter in everyday life. Let's look at some numbers:
The lesson? Rather than worry about some creeper in the woods, you're better off making sure you always wear a seatbelt when you're in the car, and that you eat well and regularly exercise your mind and brain.


If you're going to be sexually assaulted, chances are it will be by someone you know, not a stranger on the trail. According to RAINN â the Rape, Abuse & Incest National Network â eight out of 10 rapes are committed by people known to their victims.

3. Trail Associations Have Your Back


Trail associations are passionate about their paths. If they learn of a problem on their trail - say, a sketchy individual lurking in the woods or harassing hikers - they will be on it, stat. Remember, too, that you can always call a trail association or governing body before you set out to ask if there are any current safety concerns. It doesn't hurt to get the names and numbers of some local trail angels, too. Then, should you become uneasy for any reason and want to get off the trail earlier than planned, you'll have someone nearby to call.

4. It's Easy to Hike in Solitude or Crowds


Depending on your perspective, you may feel safer hiking among crowds or striking out where virtually no one will be around. You're in luck, as it's easy to do both. If you want to hike solo, yet have the comfort of many people in the vicinity should something happen, select a popular trail and plan to hike it during peak season. That could be the southern terminus of the AT in March or April, the Florida Trail in January or the John Muir Trail in late summer.

Conversely, if you'd like to wander alone in the woods, there are thousands upon thousands of miles of little-known trail out there to explore. Ever heard of the Kekekabic, Jones Hole or Charon's Garden Trails? Identify some of these paths less followed and head on out. 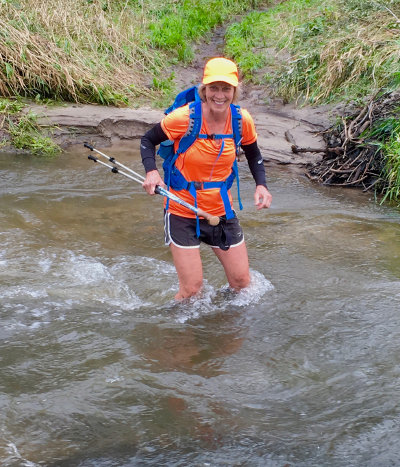 Over the last decade, I've hiked nearly 10,000 miles, mostly alone. Yes, there was one time when a man made me feel uncomfortable by asking questions I found unusual. I quickly hiked on and nothing happened. But far more significant is that during this same time, dozens of male hikers helped me on the trail â doing everything from carrying my pack over a rushing stream and helping me climb over large obstacles to sharing snacks and lending me a phone charger when mine died.

The message is clear: Shelve those fears and hike on!

Melanie Radzicki McManus writes and blogs at The Thousand-Miler. She has trekked around the globe and is currently attempting to hike all 11 U.S. National Scenic Trails. As of May 2020, she has four down and a fifth partially completed.

Another great read, especially for the women, who are considering a hiking pastime!  How many miles of trail hiking do you have currently?  Let me know the next time youâre going to be giving one of your talks/video on a past adventure. Iâd love to attend, if able. Happy hiking, dude.  :)

@Rick - Snowshoe is a very good writer and has had a lot of adventures around the world for her work.  She wrote a book about hiking the Ice Age Trail, called "Thousand Miler" - and chapter 14 (I think) is about her meeting me and PapaBear on trail.
For my miles, I'm only around 4,500 miles on long trails.   Some people do that much in a year. :-)  Plus another 800 or so from dozens of short backpacking trips, and over 1,000 a year just doing my local daily hikes picking up trash as part of the 2020 Groundskeepers team through Granite Gear.  I've picked up over 200 pounds so far.
So, if I add it all up, I guess I'm around 15,000 miles.
Ask a Question