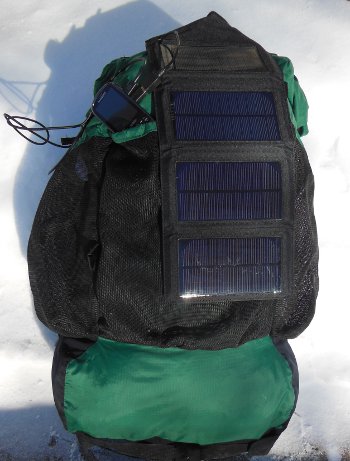 Disclosure: Strongvolt provided me with a no-cost sample charger to test and share my impressions.
Leave Comment
Posted: 01/23/2014
Older Posts               Newer Posts
Site Disclosure Statement
Share
Tweet
Comments:
Feb 13, 2020 - Jason Berklund
Hey hiking dude I have several questions planning my first north to south trip from 270 all the way down. I kind a know what to wear what to eat all that important jive. I am in relatively good shape definitely Not concerned about where in tear. 45 years old going with a 21-year-old nephew. My question is I have friends in Duluth that I donât want to burden with driving me whatâs the best way to get up to otter Lake Road thatâs not gonna cost a crap ton. We were thinking 15 miles a day. We were also thinking hammocks. Let me know what you think please. I have read so much and look at so much and heard so many opinions but You seem to be very realistic on your comments. Thank you
Feb 13, 2020 - Hiking Dude
@Jason - Hammocks work fine - most campsites have lots of trees.   15MPD is realistic, and you'll probably do more than that many days.
Getting to the northern terminus is expensive (in my mind).  If you can schedule correctly, Arrowhead Transit is cheapest to Grand Marais, but then Harriet Quarles is the only shuttle I know of.  You might find a good ol' boy in Grand Marais willing to drive you the 35 miles to the end for a few $$$.
It's a 3 hour drive from Duluth - that's 6 hours and 300 miles round-trip.  Maybe your friend would like to drive up the north shore for a day.
Ask a Question